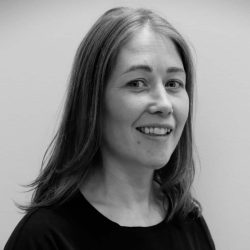 Ann-Marie graduated with a Diploma in veterinary nursing from University College, Dublin, Ireland in 2009. After graduating, Ann-Marie continued to work in the mixed practice that she trained in for a further two years. In 2011, she decided to spread her wings and travel overseas. During her year of travel, she spent some time working as an equine nurse in Australia both at Murdoch university and at a private practice south of Perth.

After getting a taste of Australia and equine nursing. Ann-Marie returned to the land down under and the same private practice south of Perth in 2012. She re-joined the team at Murdoch as Head equine nurse in 2015 until 2020.

Having a keen passion for veterinary nurse education she has completed her Graduate Certificate in Tertiary and Adult Education at Murdoch University in 2019 and RCVS examiner training programme in 2009. Along with speaking at both the Bain Fallon and VNCA conferences in recent years.

AVT has been delivering Vet Nursing and Animal Care related courses for over 20 years. It's safe to say there are no plumbing or hairdressing courses here!

A recent NCVER VET student outcomes report found 89.5% of AVT graduates were employed or enrolled in further study after training and 95.5% of graduates would recommend the training provided by AVT

Our qualified teaching team have many years of experience as well as extensive backgrounds in the veterinary and animal care industry. They are approachable and dedicated to helping students succeed.

The leader in Vet Nursing qualifications, Animal Care (Animal Studies) and Animal Behaviour and Training Courses for students wishing to pursue a career working with animals. AVT is a nationally recognised training provider based in Perth, Western Australia providing on-campus and online courses to students studying throughout Australia. Learn More

We acknowledge the traditional owners of the land where our campus is based, the Whadjuk people of the Noongar Nation. We pay our respects to Elders past, present and emerging and we commit to walking alongside our indigenous brothers and sisters. We extend that respect to the Aboriginal and Torres Strait Islanders in our community.